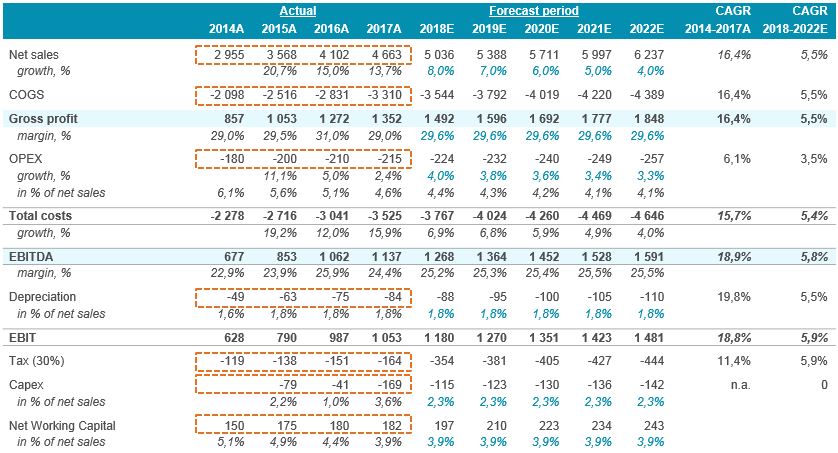 The first, discounted cash flow valuation method relates the value of a company to the present value of expected future cash flows on that company.

The second, relative valuation method estimates the value of a company by looking at the pricing of comparable assets relative to a common valuable like earnings, cash flows, book value or sales.

The third, real option valuation uses option pricing models to measure the value of a company that share option characteristics (call option or put option). This website describes briefly the three most generally used business valuation methods derived from the above valuation methods and analyzes advantages and disadvantages of each valuation method.

1) The company is valued in its entirety

3) Markets are efficient and comparisons are therefore justified

The procedure consists of selecting a group of public companies similar to the target, and obtaining an average market value multiple of some relevant economic parameter, such as sales revenue, earnings, or book value. The multiple is then applied to the same economic parameter of the company under valuation, to estimate the market value of the latter. Alternatively, economic multiples of buy-sell transactions on the stock of similar companies can be used as an extrinsic value reference.

Finding comparable companies that are priced by the market is not an easy task. Analysts frequently use other companies in the same sector as comparable, but whether similar values are obtained with the practice is not certain and other valuation methods may be more suitable if that is the case.

The next step involves scaling the market prices to a common variable to generate standardized prices that are comparable especially when comparing assets that vary in size or units. Then, adjusting for differences across assets when comparing standardized values has to be done. With stocks, differences in pricing across stocks can be attributed to all of the fundamentals in discounted cash flow valuation. Higher growth companies, for example, should trade at higher multiples than lower growth companies in the same segment. Many analysts adjust for these differences qualitatively leaving no particular yardstick for judging their valuation methods such that different scenarios are created for every relative valuation.